Bollywood
Admin
posted on 1 year ago
—
updated on 1 year ago
560
views
News
Behind every rumor, there is always a key fact, that’s the key to all your queries but kept hidden. There is no doubt that the Bollywood industry is the home of anecdotes. For a few months, everyone was keen to know about the chemistry of Ranbir Kapoor and Alia Bhatt. But, now the mystery has been resolved by Ranbir Kapoor himself. Ranbir Kapoor has shut the mouths of media by saying that his relationship is very new and it needs enough space and time.

However, Ranbir Kapoor has not confirmed the relationship properly, but the incidents are pointing towards their commitment.

A few days back, Ridhima Kapoor has gifted a gold and diamond bracelet to the stunning actress Alia Bhatt. Ranbir Kapoor’s elder sister Ridhima Kapoor likes the actress very much and it can be observed in the Instagram comments which were exchanged between the actress and Ranbir Kapoor’ mother Neetu Kapoor. The stunning bracelet gifted by Ridhima provides the evidence about the relationship of Ranbir Kapoor and Alia Bhatt. For the Student of the Year days, Alia Bhatt had a crush on the cute hero. Usually, all the Bollywood couples love to hide their relationships with the media and do not unwrap it. But, this adorable couple Ralia is going all over the industry.

With each passing day, the couple is clearing the things and facts about their relationship status. Ranbir and Alia are equally fond of each other and their meetings are getting recorded on the cameras. Ranbir Kapoor was dating Deepika Padukone previously when Alia Bhatt was busy in shooting her debut film “Student of the Year”. Ranbir Kapoor is giving very confusing statements about his relationship status. But, it is also a matter of fact that if the exchange of gifts in the families cannot prove the bonding between the two then nothing can prove it. The actor said, “ Being a matter of chit-chit bothers me either it is about my appraisal or criticism”. 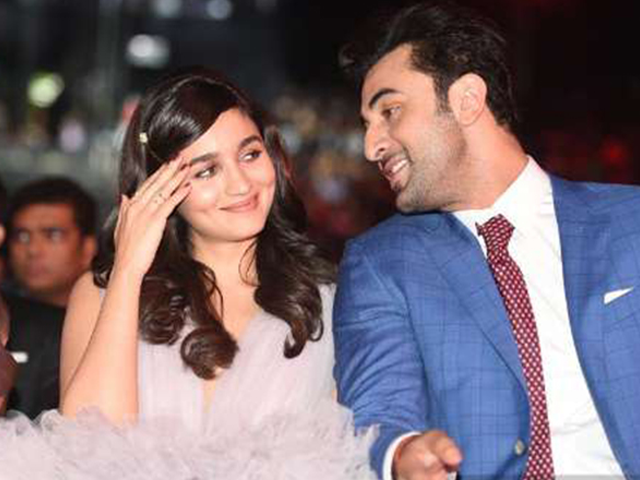 Ranbir Kapoor is in the limelight of the media these days, firstly trailer of his movie is increasing the expectations of the audience. The awe-inspiring performance of Ranbir Kapoor is highly impressive and attracting the audience. Being the lead actor of the anticipated biopic Sanju(Sanju Movie Trailer), Ranbir Kapoor is becoming the topic of sensation in the news and also on the internet. This thing is creating a nuisance for the actor. He said, “Being newly in love always comes with a lot of excitement”. He said that he values relationships more than ever.

After the hits and flops, Ranbir Kapoor is getting attention everywhere. His work has caught the rhythm again with an interesting queue of his upcoming movies which includes Brahmastra and Shamshera. Alia Bhatt is the co-star of Ranbir Kapoor in the movie Brahmastra and their chemistry was captured from the sets of that movie. The off-screen meetings of the stars were the main reasons which invited the media to keen on it. The unveiling of the relationship makes Ralia an adorable and honest couple of industry.

SHAMSHERA | Ranbir Kapoor in and as Shamshera | Film Announcement Teaser